The Parable of the Unforgiving Servant

“Then Peter came to Him and said, “Lord, how often shall my brother sin against me, and I forgive him? Up to seven times?”

Jesus said to him, “I do not say to you, up to seven times, but up to seventy times seven. Therefore the kingdom of heaven is like a certain king who wanted to settle accounts with his servants. And when he had begun to settle accounts, one was brought to him who owed him ten thousand talents. But as he was not able to pay, his master commanded that he be sold, with his wife and children and all that he had, and that payment be made. The servant therefore fell down before him, saying, ‘Master, have patience with me, and I will pay you all.’ Then the master of that servant was moved with compassion, released him, and forgave him the debt.

“But that servant went out and found one of his fellow servants who owed him a hundred denarii; and he laid hands on him and took him by the throat, saying, ‘Pay me what you owe!’ So his fellow servant fell down at his feet and begged him, saying, ‘Have patience with me, and I will pay you all.’ And he would not, but went and threw him into prison till he should pay the debt. So when his fellow servants saw what had been done, they were very grieved, and came and told their master all that had been done. Then his master, after he had called him, said to him, ‘You wicked servant! I forgave you all that debt because you begged me. Should you not also have had compassion on your fellow servant, just as I had pity on you?’ And his master was angry, and delivered him to the torturers until he should pay all that was due to him.

“So My heavenly Father also will do to you if each of you, from his heart, does not forgive his brother his trespasses.”” Matthew 18:21-35 NKJV

Please join me this week in praying for those who have been hurt by the words or actions of a loved one. Pray that they look to the Lord for healing. Pray that their hearts soften so they can rise above the situation, that they find the strength and courage to forgive their offender. Let’s also pray for the person who inflicted the injury that they might become more kind and tenderhearted. 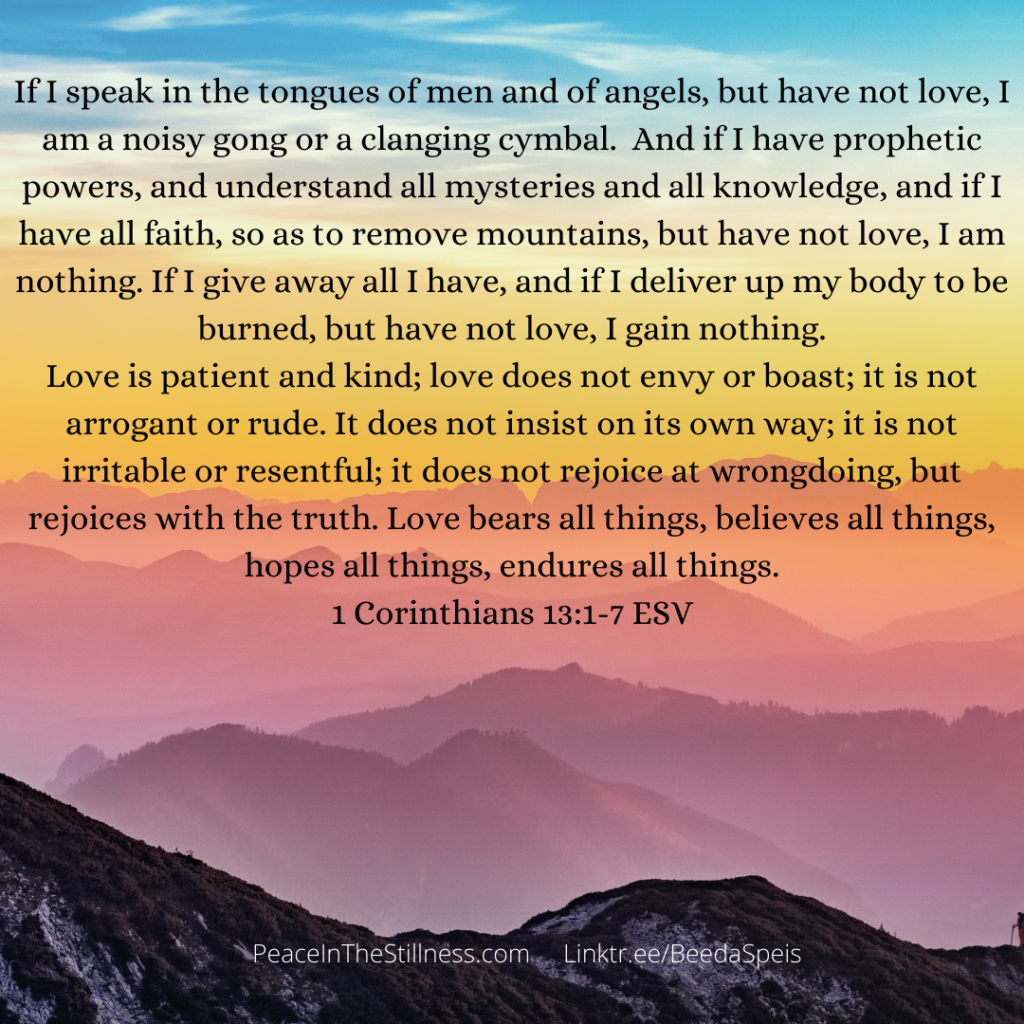 Often when I’m struggling with something, God will give me a passage to help me through, especially if I feel “stuck”–as in, I can’t let… 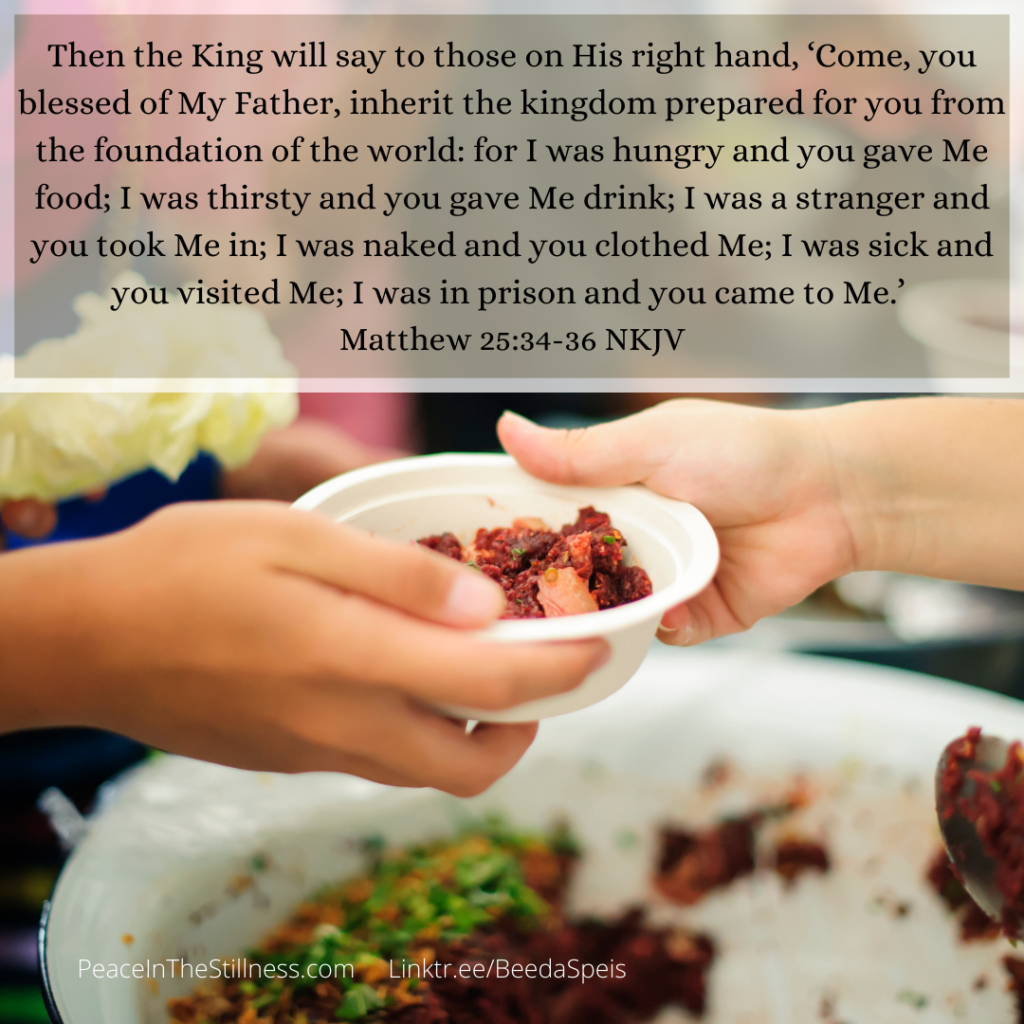 Then the King will say to those on His right hand, ‘Come, you blessed of My Father, inherit the kingdom prepared for you from the…

New Feature: Listen to today’s post Read Today’s Post: God is good. He is so very good. When I take things to Him, He responds.…